After a number of years not being sent out the Historical Messenger e-newsletter is back and hopefully will be more frequent. We are trying something new to get the news and our collective history out to the masses.  There are many fantastic things happening at the Washington County Historical Society and we want you not only to know about them but also to participate in them. We need to have our history preserved and recorded for future generations .
Since this is the beginning of the year make sure you have renewed your membership to the Society. The Washington County Historical Society can only survive with members who feel that our history is important and want to help preserve it. If you are not a member then you should become a member — your membership dollars help with the maintenance of the museums and to make sure that they are open to the public.  Really, the success of the WCHS is up to you!
If you have any comments on what the staff should be doing please let us know. You can email us at information@wchsmn.org

Thank you for your interest and we hope to see you at our museums and events this coming season.

Johnny Ertle, also known as “Kwepie,” or “Little Dynamo,” was born in Hungary in March, 1897. He traveled across the ocean and landed in the United States when just a young man. His family settled in Minneapolis and Johnny would work shining shoes. He bought himself a membership to the YMCA for $6 and that is where he received his early training as a boxer.

In 1913, when only 16 years old, Ertle had his first professional fight against Joe LaScotte in St. Paul – and the young boxer knocked LaScotte out in the third round. A rematch only 25 days later had Ertle knocking out LaScotte again, this time in the fourth round.

In the next year an a half, Ertle fought nearly every month either in Minneapolis, Milwaukee, St. Paul and even Hudson, Wisconsin. He fought the likes of Johnny Cashill, Jim Azine, Ernie “Young” Krause and Eddie Coulon. On September 10, 1915, Ertle met Kid Williams for the Bantamweight Championship.

The championship fight took place in St. Paul with George Barton as referee. Mike McNulty, Ertle’s trainer/manager was in his corner. The fight was a close one, both fighters landing punches but Williams was repeatedly warned about fouls he was committing. Williams was eventually disqualified for fouls in the fifth round so the fight, and the title, was claimed by Ertle.

Johnny put his claim to the title on the line every time he would fight. He fought Kid Williams again in 1917, and the match was officially a draw, Williams went down twice in the second round and local newspapers claimed that Ertle was the winner.

He never lost until he met “Memphis” Pal Moore at the Lyric Theater in Baltimore, Maryland on April 10, 1918. Although Ertle went the entire 15 rounds with Moore, he lost on points and the Bantamweight crown.

Johnny moved away from his manager Mike McNulty and was not the same fighter. One story says that after collecting his winnings after a fight, Johnny disappeared for awhile resurfacing in Kentucky where he was training to be a jockey.

On April 27, 1920, Ertle married Augusta Winkey and they moved to a farmstead near Watertown, Minnesota. After less than two years the couple moved to Stillwater and Johnny tried making a comeback in the ring.

Johnny fought on St. Patrick’s Day, 1922, in Windsor, Ontario, Canada against Joey Schwartz. According to the Detroit paper, “The return of Johnnie “Kewpie” Ertle to the ring is the outstanding feature of the Windsor card next Friday night. The former world’s champion bantam is back from a vacation and has shown his old form in the six matches he has won this year. Ertle, who is only 24 years old beat all of the American and foreign bantams in 1918 and 1919. His height, four foot, 11 inches and his aggressive style made him a great favorite with fight fans everywhere.” Johnny fought to a draw that evening in Ontario. 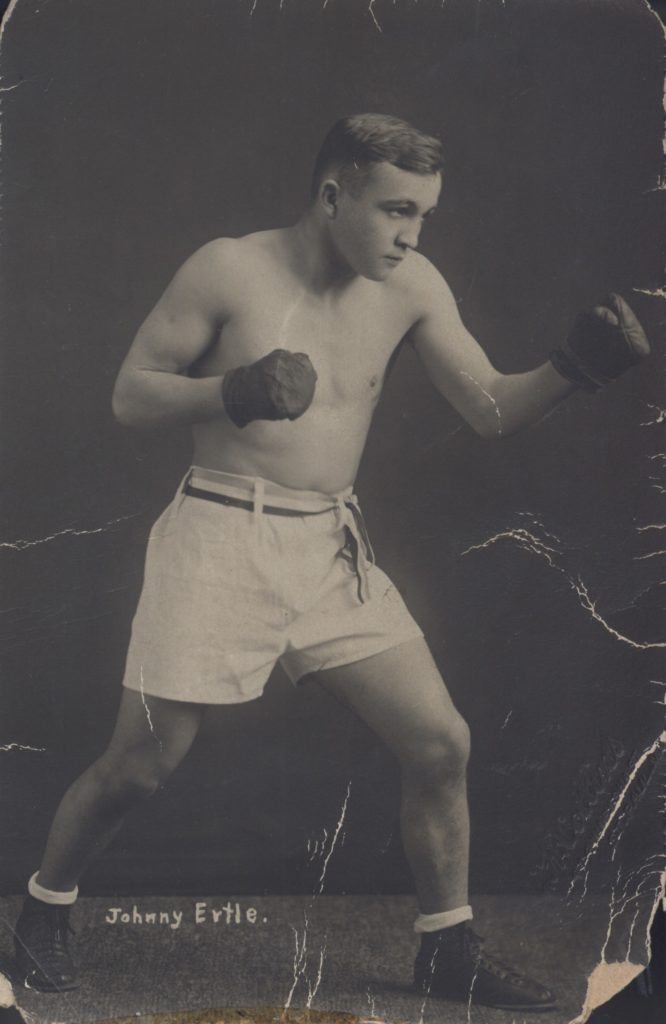 “Kewpie” Ertle would lose four of his last six fights and fought for the last time against Frankie Camden on November 11, 1924 in Virginia, Minnesota. It depends on where you look or who you ask as to the record of the former bantam weight champion. He had 88 professional bouts, some say he won as many as 70, or as low as 62, with 6 to 8 draws and 12 to 20 losses.

After he hung up his gloves for good, he and his brother Mike [who was also a professional fighter] started a gym and billiards hall in downtown Stillwater. Later, the billiards hall became Ertle Brothers Tavern at 224 South Main Street, now the location of the Mad Capper Saloon.

Johnny was active in the community, being a member of both the Eagles and Elks Clubs. He and his wife raised two children, Marie and John Jr. Augusta died in 1971 and Johnny died on October 15, 1976.

After his career was over, George Barton, the referee in his bout with Kid Williams described Johnny as “one of the smoothest fighting machines that these eyes ever saw in action. He was a beautiful boxer, a snappy puncher, a smart ring general, game and strong enough to take a world of punishment in addition to handing it out.” 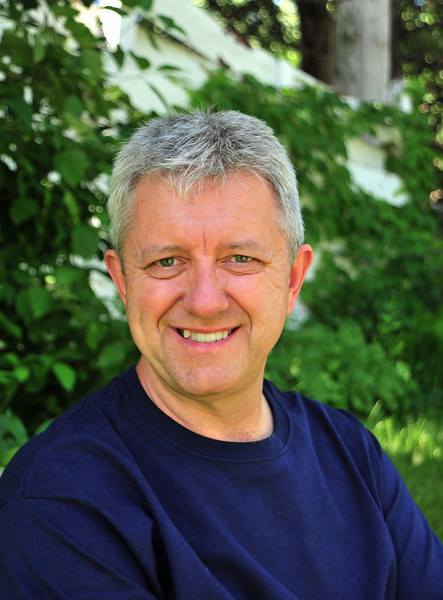 Doug Ohman, who has been a featured speaker before at WCHS events, will give a presentation about places “Hidden in Plain View – Cemeteries of Minnesota” The crowd will walk along with Doug as he photographs cemeteries and uncovers stories of long forgotten people. Learn where the only Revolutionary War soldier to die in Minnesota is buried. Learn the difference between a cemetery and a graveyard!! Ohman will also showcase some of the most unusual cemeteries and stories in Washington County.

The event will be held at the WCHS Heritage Center building at 1862 S. Greeley Street, Stillwater. The cost will  be $25 for WCHS members and $30 for non-members. Social hour begins at 5:30pm, dinner catered by Scheel’s Catering at 6:30pm, the Annual meeting will begin about 7:30pm and Ohman will present after the meeting is concluded. Call 651-439-5956 for more information. Reservations are required.