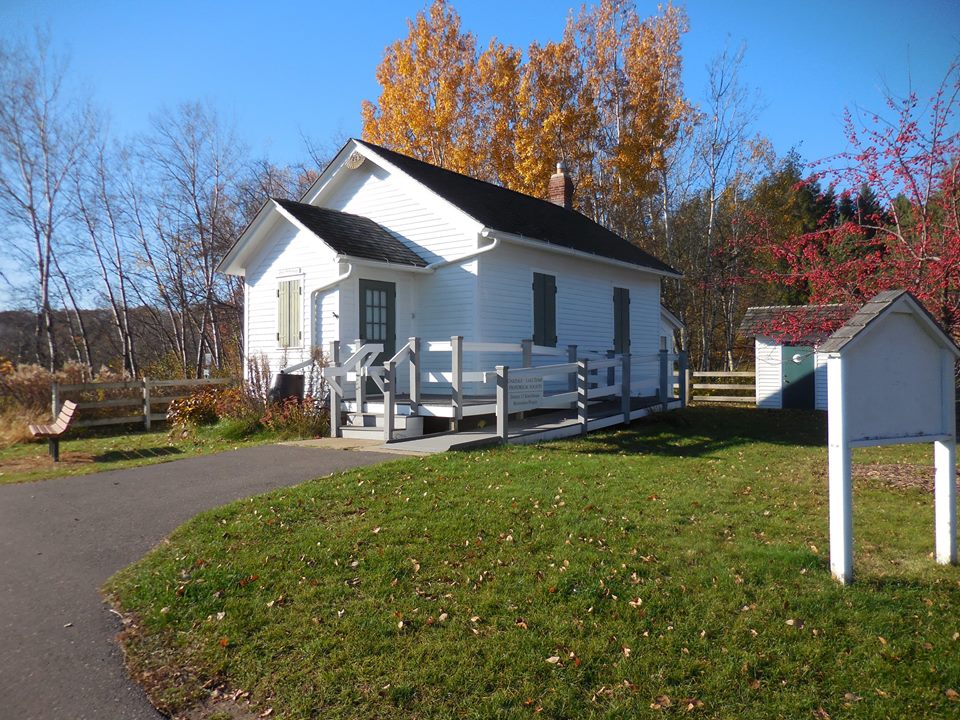 District 12 was organized July 29, 1861 at the home of John Morgan. The first school, a term of three months, was held at Mr. Morgan’s house. In 1867 a tax of $350 was levied for the building of a school house, which was completed January 1, 1868 and was located on the northeast corner of Peter Hauck’s farm in section 11. School was held in this building until it burned in 1888.

The surviving Eder School was erected during the early winter of 1888 at a cost of $400. It is 18 x 30 feet in size and has seating for about 30 pupils. All eight grades were taught by one teacher. Sometimes there was no one in a certain grade, and 3 or 4 students in another grade.  After serving a few generations of area students, the district consolidated into another in 1920.