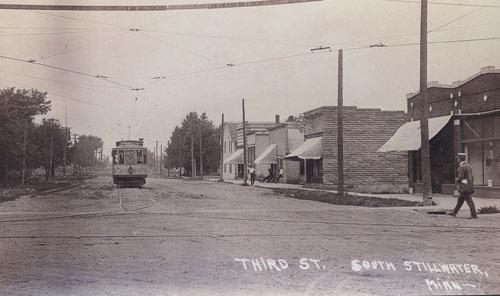 The City of Bayport was originally three small settlements along Lake St. Croix. In 1856, Stillwater lumbermen Socrates Nelson, David Loomis, and others platted Baytown, organizing it around the firm’s sawmill. The following year, another group of investors, including Isaac Staples and Andrew “Jack” Short, platted Bangor on the shore of the lake south of Baytown, and William Holcombe recorded the plat of Middletown to the north.

The three small villages disappeared in January, 1873 when the St. Croix Railway Improvement Company combined them into South Stillwater. South Stillwater was incorporated as a village in 1881. The name, however, caused a lot of confusion with the City of Stillwater, so it was changed in 1922 to Bayport.

One of the first to settle at Bayport was François (or Francis) Bruce, who built a house in 1842 on what is now Central Avenue. Bruce stayed only a short time; in 1850 his house was occupied by Ambrose Secrest. Secrest and his three brothers, with their families, were among the first permanent residents.

In the early 1840s Norman Kittson built a trading post on the point since known as Kittson’s Point. Apparently Kittson installed the infamous Pierre “Pig’s Eye” Parrant to mind his store. By April of 1842 Parrant had left; his “claim and improvement” on the point were sold at a sheriff’s sale to Joseph R. Brown of Stillwater for $27.50.

John Allen and wife Levina arrived in 1844. Allen built a house and cultivated a field on the east side of Kittson’s Point. Struck by gold fever in 1849, Allen sold his property to Samuel Gleason and moved to California. Another early settler was riverboat pilot Joseph Perro, who purchased a great deal of property on Spring Creek, now Perro Creek, in 1847. The springs that fed the creek also fed the fish at the Perro Trout Farm. Some of “Big Joe’s” land was sold to the state in 1906 to build the state correctional facility still known as the Stillwater Prison.

By 1852 the townsite proprietors Nelson, Loomis & Company had built a steam sawmill on the bay. Secrest and Perro platted an addition in 1854 that revolved around Secrest’s flour mill on Spring Creek. Several other sawmills were built in Bayport over the years including the Tozer mill, which operated continuously from 1878 through 1916. Andersen Windows is the successor to these early lumbering firms. Established in Hudson in 1897 as the Andersen Lumber Company, the firm moved to South Stillwater in 1913, where it grew to be one of the most successful businesses in the St. Croix Valley. 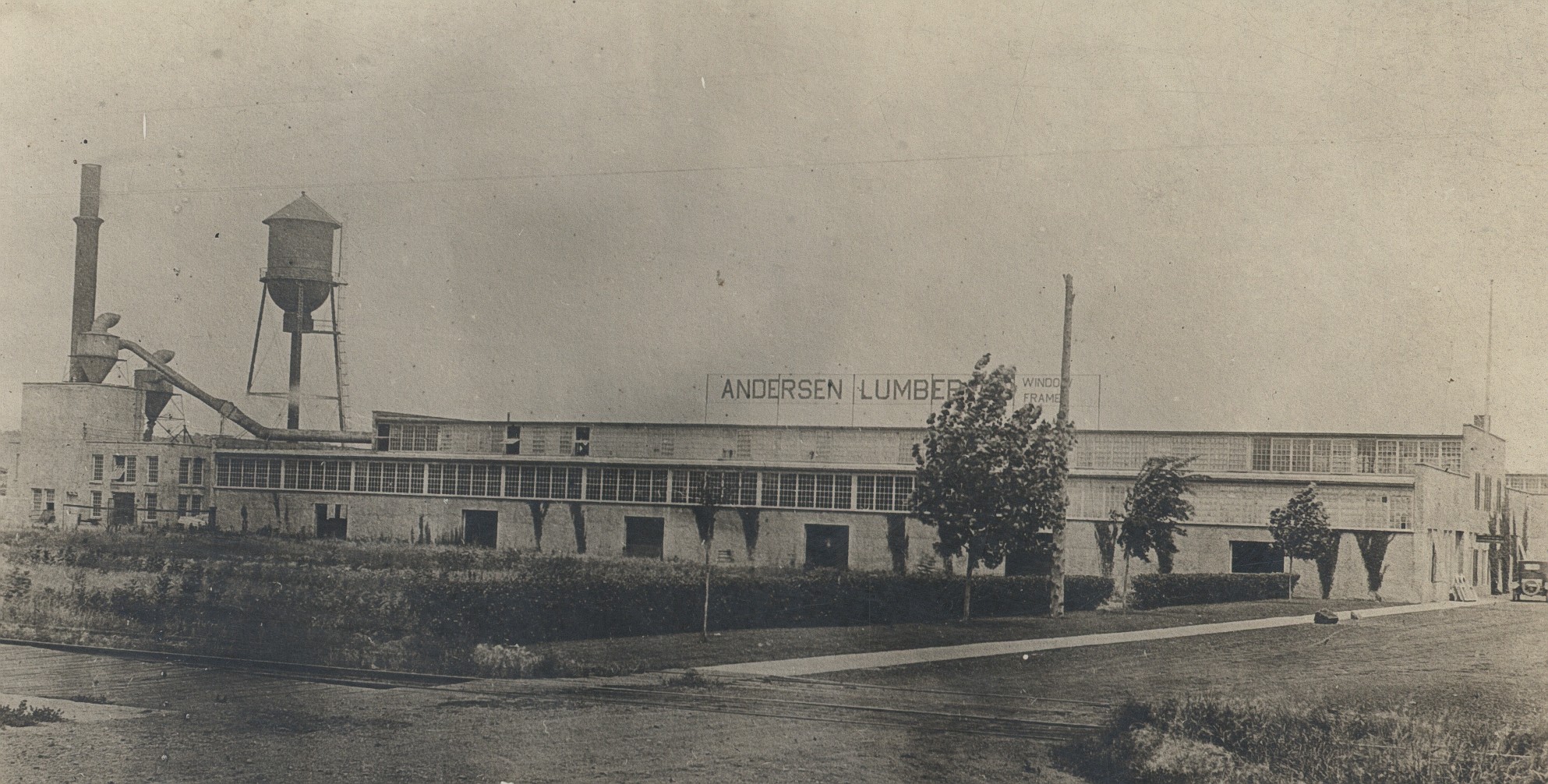 Andersen Lumber Company became Andersen Windows. The Company continues to be the largest employer in the community.

Other businesses that furnished employment for the people of Bayport have been a threshing machine company, furniture and box manufacturers, a brass foundry, several printing houses, and even a soap factory. In 1903 the St. Croix Lake Ice Company began cutting lake ice to store in icehouses for summer use. By the 1930s the Bayport Ice Company was shipping as many as 2,208 rail cars of ice a year to South St. Paul and La Crosse packing houses.

Boat building and repair have long been associated with Bayport. Well-known steamboats built at the Bayport Boat Yard were the rafters Pauline, R. J. Wheeler, Ten Broeck, and Kit Carson. The boatyard, located just south of the Andersen Corporation, was used for repairs and barge construction up through the Second World War.

The first electric street car in the northwest (so said the company) began operating from Stillwater to Bayport in July 1889. The line only lasted through 1892, but in 1905 streetcar lines were again extended to Bayport from Stillwater, connecting valley residents to St. Paul via Mahtomedi until 1932. Until the Hudson bridge was built in 1913, a ferry boat plied the St. Croix between Bayport and North Hudson. Rail came into Bayport from Stillwater in 1872. Stillwater Junction in Baytown was where the rail lines diverged for St. Paul and Stillwater. The track became part of the Chicago & Northwestern lines, which ran four or five passenger trains a day to Hudson and Stillwater. Three railroads carried freight and passengers through Bayport, undoubtedly a reason so much manufacturing located in the village.

Bayport became a city in 1974. While other parts of the county have been growing exponentially, Bayport’s population in 2010 was 3,471.